The Best 5 Nongambling Websites That Accept Neosurf Vouchers in 2021

As a convenient, secure method of purchasing goods or services online, Neosurf vouchers are hard to beat. Just buy one for cash at one of the many POSs worldwide, and enter the ten-digit code when you want to make a digital payment.

Vouchers have long been a favourite payment method by the gambling community, with many reputable online casinos and sportsbooks accepting Neosurf. And if you are a poker enthusiast, you will also have no problem finding a Neosurf-friendly poker room.

But what if gambling is not your thing? In that case, check out our list of sites accepting Neosurf below and discover some alternative venues for spending your vouchers.

Howrse is a free-to-play breeding simulation browser game with horses. It was developed by French studio Owlient and is currently published by Ubisoft.

Owlient was founded in 2005 by two computer science students, Vincent Guth and Olivier Issaly, Equideow, which is the French version of Howrse and their first game, went online the same day. It is notable as it was one of the first games that used micro-transactions on a large scale for funding. 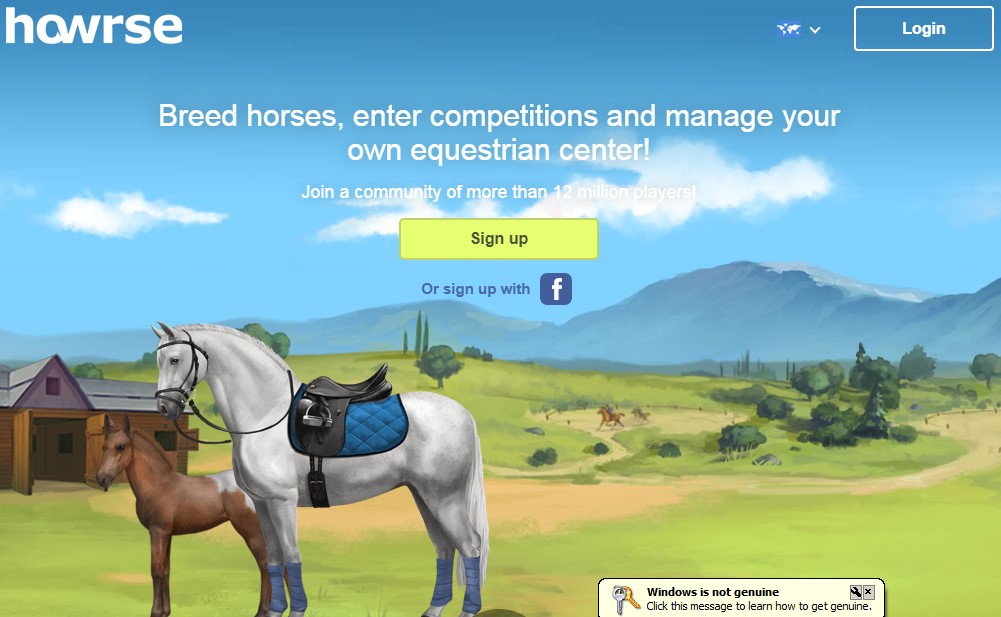 In other words, it was a pioneer of the concept of in-game purchases, all of which can be paid for with Neosurf vouchers. And as this game appeals to a (very) young audience, a prepaid card is an extremely practical option.

By providing your youngster with their own Neosurf prepaid card to use while playing, you can help them learn budgeting skills and avoid having them inadvertently running up thousands of euros in bills, as happened to this poor father.

The studio quickly released versions in other languages, and, as of 2015, Owlient had games in 24 languages. In 2008, the company partnered with a German animal protection association Gut Aiderbichl. Players were given the opportunity to donate in-game passes in Howrse to raise money for animal protection.

Famous equestrians endorsed the game and appeared on the start pages of different versions. In 2014, Zara Phillips, a British Olympic equestrian and daughter of Captain Mark Phillips and Princess Anne, appeared in the British version of the game. She features on the starting page and appears a figurine who gives advice to the players at different stages of the game. This makes her the first member of the British royal family to feature in a video game.

In July 2011, Owlient was acquired by Ubisoft.

For those of you who don’t yet know, VOIP stands for Voice Over Internet Protocol. This is the technology behind Skype and similar communications software. And VOIP Buster is exactly what it sounds like, a Skype competitor.

The main difference between VOIP Buster and the granddaddy of Internet calling is that the former has concentrated only on audio calls. This strategy seems to have worked and the company has a reputation for providing good-quality audio calls, both pc-to-pc and pc-to-phone. 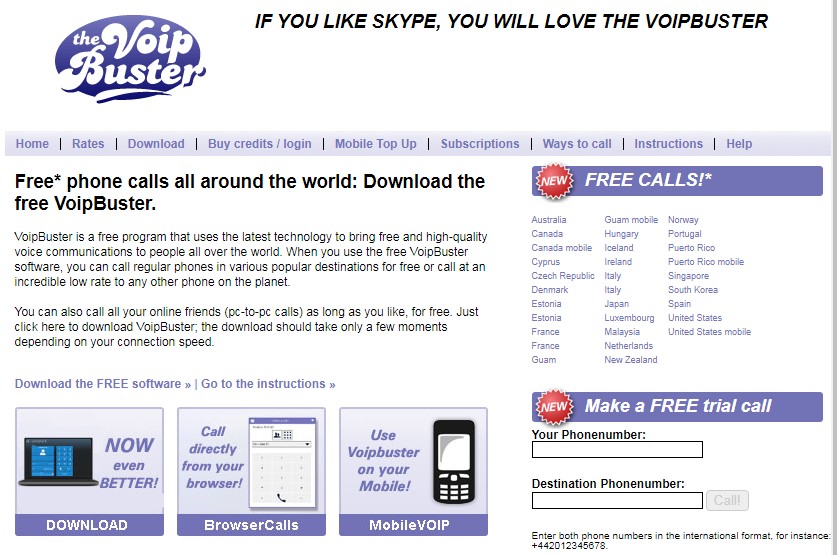 The software is free to download and, just like Skype, can be used to make unlimited free calls to other computers on the network. There is a mobile app, and you can also configure your fixed phone to work through VOIP Buster or use the in-browser solution for calling phone-to-phone.

What gives this particular software the edge over its competitors is that it allows free calls to fixed phones in many countries. And if you want to call a mobile number, or a fixed phone in a country not on the list, you can do so for a small fee. Just add funds to your account (using Neosurf vouchers of course) and you can connect to anywhere in the world for much less than telecom companies charge.

If you want to make a purchase from a site that does not accept Neosurf, the simplest solution is to use your voucher to add funds to an ewallet.

And although it hasn’t achieved the market penetration of other ewallets such as Neteller or Skrill, ecoPayz is our preferred ewallet. 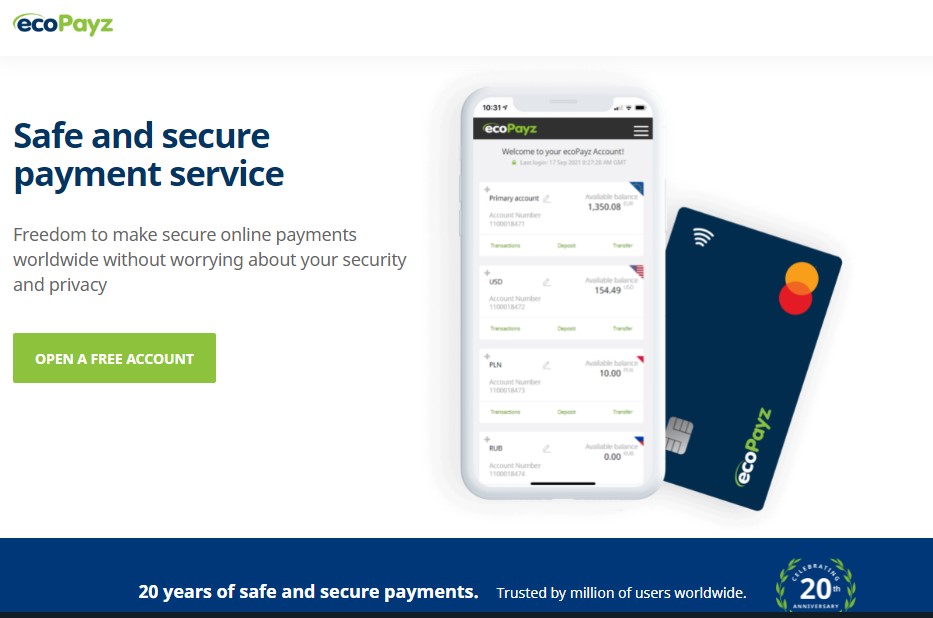 It was founded in 2000 and has been functioning for over two decades with no serious problems. ecoPayz provides you with a fast and secure method of transferring and spending your fund through the use of such state-of-the-art security and fraud protection as SSL, TLS and two-step-authentication.

This is pretty standard for ewallets, but what sets ecoPayz above its competitors is that it allows free person-to-person transfers. You can send money to friends and relatives around the globe at absolutely no cost.

This means a lot in poor countries where whole families rely on a remittance from a relative working abroad. And since it is a rare thing indeed to find any sort of financial service provider displaying an altruistic side, ecoPayz gets our business every time.

LocalBitcoins is a site that allows peer-to-peer (p2p) buying and selling of Bitcoin.

The difference between LocalBitcoin and other exchanges that manually match buyers and sellers is that it allows users to communicate directly. You could say that it is the Craigslist for buying and selling Bitcoin.

There is a wide variety of payment options, including Neosurf. And the built in escrow feature does provide greater security for the buyer.

However, all is not roses. Since anybody can become a seller, there is a lot of potential for scammers on the platform. It is therefore necessary to do due diligence before concluding a transaction. The transaction fees are also higher than on most other exchanges.

Playing RPGs (Role Playing Games) such as Dungeons and Dragons was once seen as the preserve of nerds and geeks. But then they moved online and slowly but surely became not just mainstream, but very, very cool.

Now, ORPGs are a billion-dollar industry, with their own teams, leagues and championships. 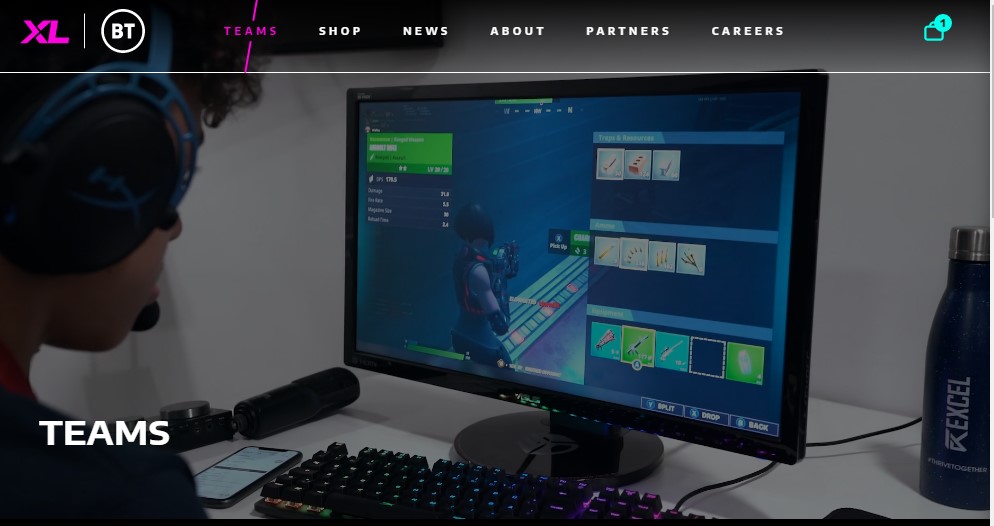 In 2019, Neosurf spotted the potential of the esports market and forged partnerships with several esports associations. The company provides sponsorship for clubs in Australia, Portugal and England and even organizes tournaments.

The good news if you are an esports fan is that you can now use your Neosurf vouchers to purchase items from the online shops of Excel esports , England and K1ck eSports Club, Portugal.

As you can see, Neosurf vouchers can be used for a lot more than just gambling, from teaching your kids financial responsibility to investing in cryptocurrency, the way of the future. They are also a great way to top up funds in an ewallet.

We have already mentioned ecoPayz as one of ther most secure ewallets out there but Neosurf also provides its own ewallet, MyNeosurf. Between the two, you should be able to make payments on most mainstream retailers and sites without compromising your financial data.

All in all, Neosurf vouchers prove a great way of making online payments and storing your funds securely offline until you need them, just don’t misplace your vouchers!