The first time humans played poker against each other online was way back in 1994. These early games were played using the text-based IRC (Internet Relay Chat) protocol which made them a bit cumbersome. However, thanks to their rapid growth in popularity, especially among poker pros, graphical interfaces were soon developed.

This form of online poker remained popular for years. In fact, it served as a training ground for some of today’s top players, including World Series champion Chris Ferguson.

Dedicated poker rooms didn’t make an appearance until 1997, and the first real-money poker games online were dealt at Planet Poker. This milestone in the history of online poker occurred on Jan 1st, 1998.

There was a steady increase in the number of online poker rooms over the next several years, but it wasn’t until 2004 that they really boomed.

In 2003, a young accountant aptly named Chris Moneymaker entered a $40-dollar online tournament and ended up qualifying for the World Series of Poker Main Event. He went on to win the tournament, walking away with a purse of $2,500,000.

The resulting boom in interest in poker rooms was named ‘The Moneymaker effect” in honour of its catalyst. This surge in popularity lasted until 2006 when it gradually gave way. 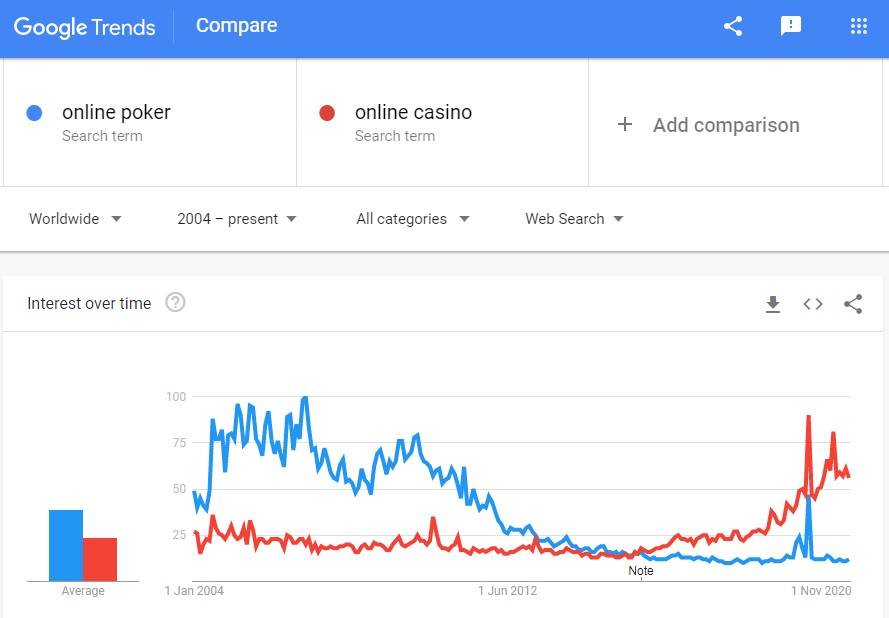 Online casinos replaced poker rooms as the destination of choice for internet gamblers in 2015. But poker rooms still retain a special place in the heart of the gambling community and remain particularly popular among professional players.

So if you want to try your hand against some serious players, you might want to check out our list of the top five poker rooms where you can play with your handy Neosurf vouchers.

Poker Stars is a site that needs no introduction to online poker aficionados. Established in 2001, this is where Chris Moneymaker got his start, as did the 2004 WSOP champion Greg “FossilMan” Raymer.

Still going strong two decades later, the site offers numerous poker variants, thousands of tournaments, and the opportunity to compete against players from all over the world. 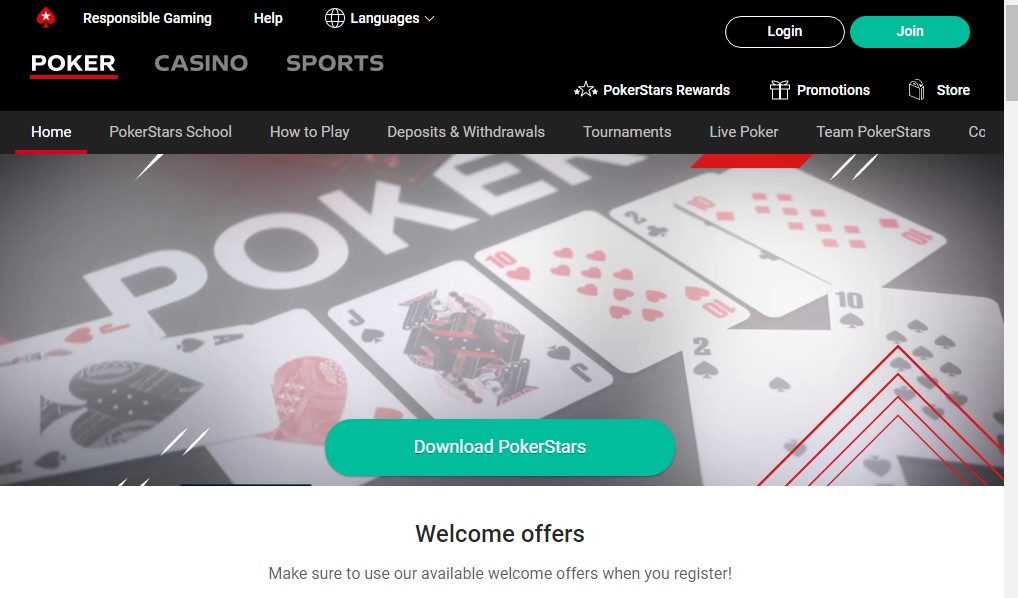 Available on both desktop and via a mobile app, Poker Stars remains one of the most popular gaming sites around. This popularity does have some drawbacks, as players report games freezing at times of heavy traffic. But the issue is not that widespread and, overall, the site is well worth checking out if you fancy a game of Texas Hold’em.

Launched in 2016, the online poker room at Ignition Casino was rebranded from Bovada Poker. Ignition Poker is noted for its reliability and trustworthiness. It adheres to a stringent code of conduct and always places the safety, security, and privacy of players at the heart of operations.

One of the reasons for this is the site is designed mainly for recreational rather than professional players. It consequently provides the usual poker room offering of Texas Hold’em cash games, including fixed limit, pot limit, and no-limit Hold’em, as well as Omaha, Omaha-Hi Lo, and 7 Card Stud.

Ignition Poker’s cash games start at very low buy-ins, allowing you to play hands for pennies. This makes it a great place for newbies and experienced players to practice strategy and gain experience playing online.

Another feature at Ignition is Zone Poker, a variant of speed poker. This is played at special tables where the minute you fold, you are removed from the table and seated at one that is ready to deal.

This means you can play several times the amount of hands per hour than you could by remaining at one table. It’s a great way to earn “Ignition miles” and take advantage of bonus offers. And if you’re looking for Australian Online Poker games, look no further than Ignition Poker.

A British betting institution for decades, William Hill has been providing poker to UK and international players since 2003. Nowadays, it’s part of Playtech’s iPoker Network, giving you access to a good selection of real-money games and tournaments on both desktop and mobile. 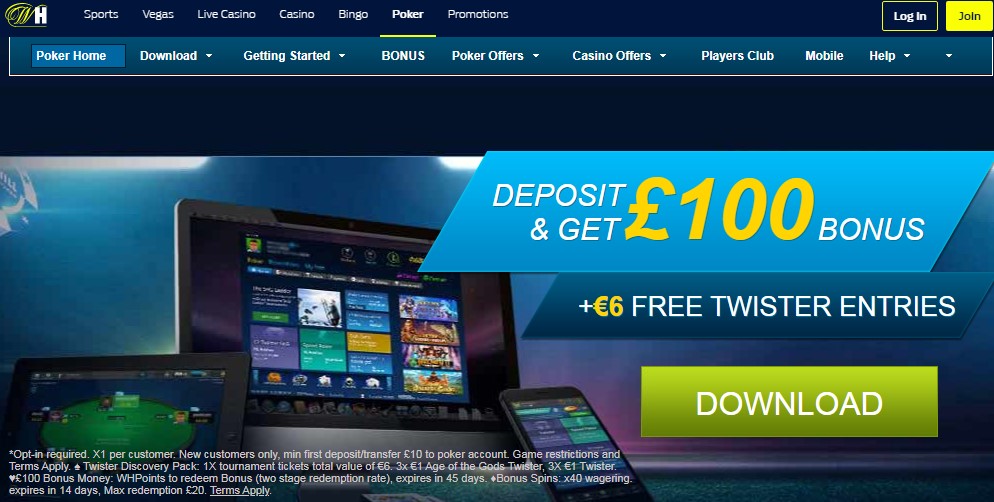 There is a strong focus on Texas Hold’em, making Will Hill, as it is affectionately known, the perfect site for beginners and novices to hone their skills. 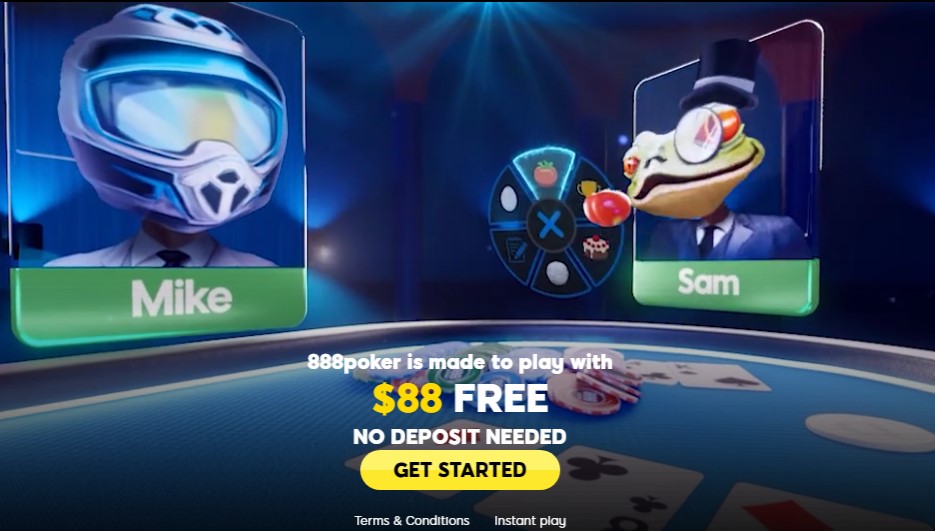 The site attracts both serious players and novices who have stumbled across it from one of the parent company’s other sites. This means a player who knows what they are doing can win some money here but should never become complacent as there are some serious opponents out there.

Juicy Stakes has been around since 2013 and is part of the Horizon Poker Network. High-rollers are not really the target audience of this site, and the majority of games are played with stakes of $1/$2, although they can go up to $10/20. 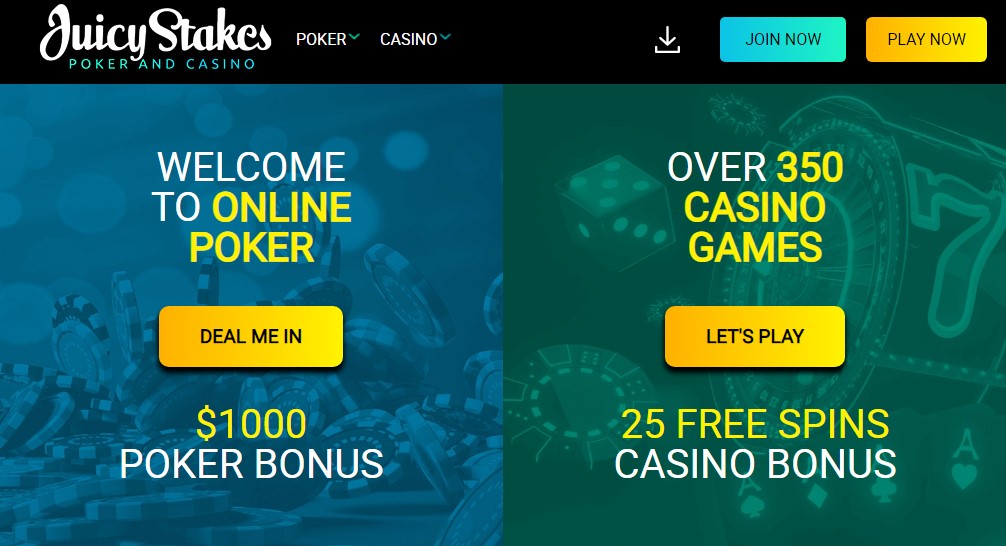 No-Limit Hold’em is the most played version of poker on Juicy Stakes. They do offer other variants, including Omaha Hi and Hi-Lo and Telesina, a popular Italian poker game with antes, pot-limit betting system, as well as its own hand ranking system. However, interest in these is low in these among other players, and it’s hard to find a table where they are being played except during peak hours.

Online poker rooms have waned in popularity since their peak in 2006, and nowadays you’ll most often find them integrated into a general casino offering. But despite this, they remain an important and popular part of the online gambling world. This is because they are a great way to practice, work on strategy and generally hone your skills. They also offer non-pro players a chance to break into the big-time, as was the case with Chris Moneymaker.

So if you want the experience of sitting at a table and playing poker against total strangers, or entering a tournament, buy some Neosurf vouchers, head to one of our recommended poker rooms, and play to your heart’s content, all from the comfort of your own home. Good luck.